I wanted to use two factor auth combined with ssh keys to restrict access to some of the production machines at work, however this wasn’t entirely straight forward as google authenticator pam module would be entirely bypassed with ssh-keys, and only supports one key per account, (so shared accounts like root would be a problem)

+ You can use a different OATH token for each ssh key!
+ You can choose to not require tokens for some keys, eg. for automated systems
+ You can use it along with google authenticator pam for single password + single token access
+ You can install it on machines you don’t have root access to

– It doesn’t support scratch emergency codes or replay protection [yet, it wouldnt be that hard to add]
– It leaks your token key to other users via ps [easily fixable]
– It breaks scp! not sure why yet, it just hangs for me.

Its dead simple to use too, just prefix the key in .ssh/authorized_keys: 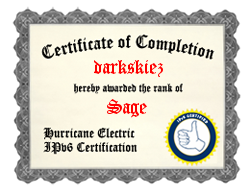